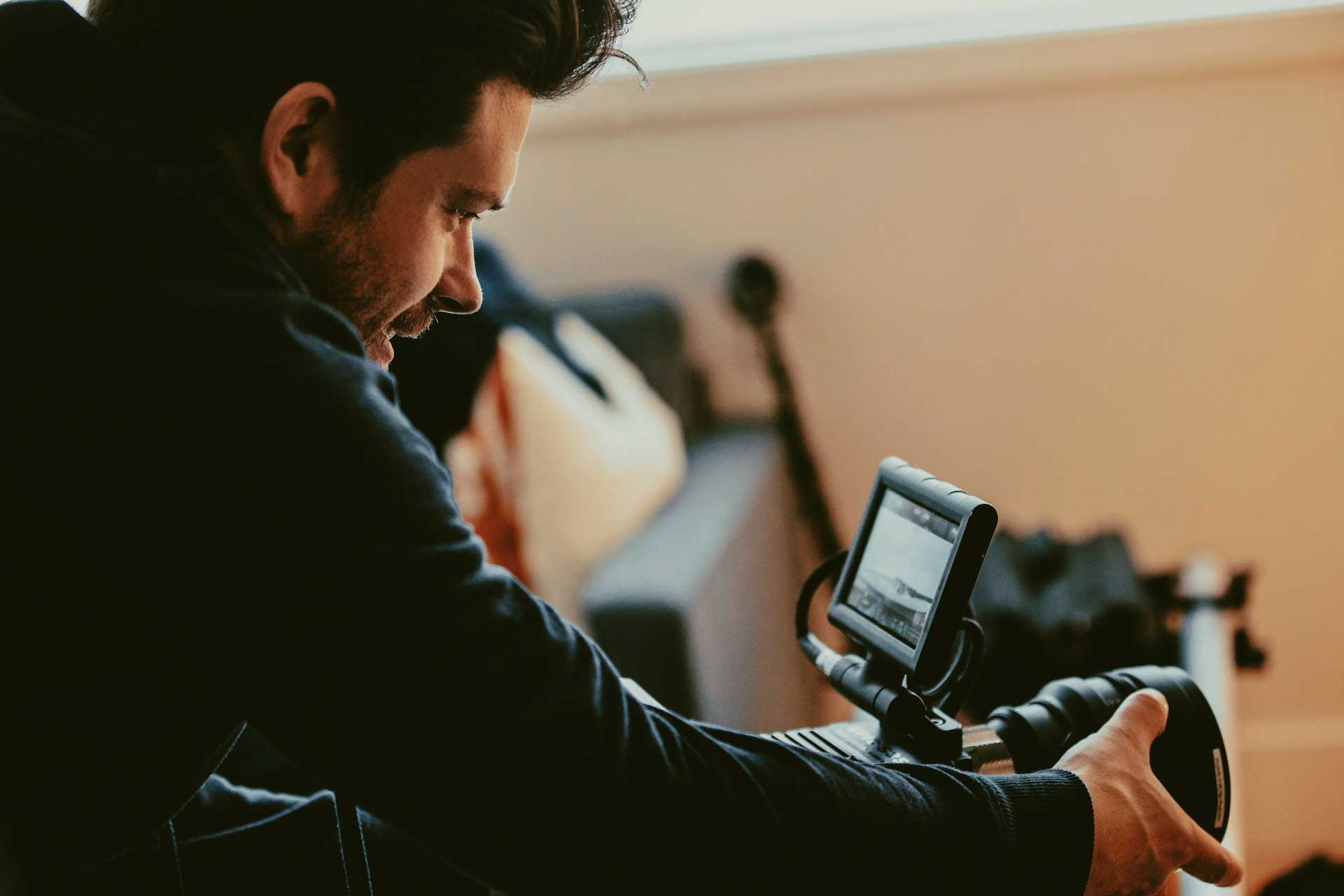 The first question we get when someone has decided to engage us in a video production is “How much will it cost?” The general assumption is that you can produce a video, or a series of videos, for a number that you have in your mind. Because everyone does it when they’re purchasing anything, heck I do it on a daily basis. We put a value on something and we try to find something that fits into that value, but that has its pitfalls especially when it comes to video production and marketing.

Marketing in its purest form is spending money to get eyeballs on your product or service that should (if the campaign is strong enough) inspire people to purchase. It’s a risk, but if executed well, will result in sales. Simple as that, right? (lol)

Let’s dive into what makes up the cost of a video production with the many factors that contribute to it (equipment, crew, etc.) but first we need to set a baseline.

62% of consumers viewed a brand negatively when they used poor-quality video.

Strategically, you can have both, but the quantity comes from having a plan when it comes to your shooting day and post-production plan. It means taking advantage of the shooting day(s) to maximize the video content you get and how it will be distributed throughout your social channels, websites, tv, or wherever you intend to push it out.

62% of consumers viewed a brand negatively when they used poor-quality video.

It’s completely natural to think that you can grab your iphone and shoot some video for your brand. While this works for Instagram stories, for example, where the lifespan of that video is only 24 hours, the negative impact grows when you’ve decided to use that as your primary source of brand video.

Good quality video with a good brand story is a powerful tool and a great investment. The investment in high-quality production, rather than low quality quantity, last much longer. Let’s say you spent $20,000 on production – that investment will last you anywhere from 4-5 years, that quality video can be re-purposed on Instagram, Facebook, Twitter, etc. When broken down, your cost of video content is less than $400/month for a really strong stable of content that will produce results for years.

More than 85% of respondents said that they expect TV-like quality experience for every video they see on the internet.

What goes into the cost of professional video production?

For National Brands, a 30 second commercial can sometimes cost more than a film. Or perhaps a two hour documentary can be filmed in a day. The only really affect on cost for duration is the amount of time it takes to edit and complete post-production. With skilled editors you can expect to see anywhere from $70-100 per hour and up. For more junior editors who are just starting out, you can expect to pay between $30-60 per hour. Duration is dependent on the production, but there are factors long video content or not.

A good production includes a good amount of pre-production and prep. This is key to having a production run smoothly and efficiently. Some examples of pre-production are scripting, hiring crew members, securing locations, location scouting, storyboarding, familiarizing ourselves with the client brief, meetings, and so on. The preparation for a shoot is another example of the pre-production work we do depending on the project. Examples of what we do for prep is: camera prep, media prep, prepping lighting we intend to use, prepping any camera movement element like the dana dolly or gimbal, grip elements, charging batteries and a whole slew of others so we’re ready to roll for the shoot.

Hiring the right people for the right job is paramount to a successful video production. You may have interview footage being shot so hiring a sound operator who will expertly capture audio on the day is a must, or you’re using the dana dolly for those beautiful moving shots, you’ll want a dolly grip hand to set up and operate the track and stands, and if the production is big enough with clients on hand it’s beneficial to have production assistants on hand to help with the day.

In Canada there’s a pretty consistent baseline for crew you’ll hire. At MEDIAPOP Films we do not do hourly filming, we only do half-day (5 hours) and full-day (10 hours). Here are some standard day rates you’ll see across the industry.

There are productions where you might want to hire actors, background, or a host. These are guided by ACTRA, the Canadian performer’s union, and depend on the production. For corporate production it’s best to use people who you work with as your background.

At MEDIAPOP Films we own nearly all our equipment. This allows us to act quickly, be nimble, and avoid passing along rental costs to the client. The amount of equipment can be staggering, I’ll be honest sometimes I look at our gear room and think how did we acquire all of this? Yet almost nothing sits idly. It’s really quite amazing. Equipment used on a shoot is very dependent on the nature of the production, at MEDIAPOP Films we are able to bundle our equipment packages to suit the need for the production. Saving time and money.

Here’s a taste of what kind of equipment production houses use to create amazing productions:

If travel is required, those costs are passed along to the client. We travel often for production work around Alberta, BC, Ontario, and the U.S.

As I like to say, this is really where the magic happens. Once that footage gets to our in-house editor it’s an exercise in creating something with feeling and purpose. The first step in post-production is amassing all the assets onto our RAID system which can number hundreds of TB (terabytes).

Elements that go into the post-production process…

Behind the scenes we operate like any other business, but there are many things that factor into cost of video production that aren’t seen on set or in the edit suite. For example the very important factor of production insurance. Over ten years ago we had a situation where the power load of our lights was too much for a very old building to handle and shut down the power to the unit we were filming in. While it was not a catastrophic issue, it taught us early on the need to analyze power in a particular building as well as having insurance to cover ourselves and the client should that situation have caused any physical or business related issues. Working with an uninsured video production company is risky and we don’t advise it.

As a video production company grows, so too do the software requirements and subscriptions. High-End Production Software (DaVinci Resolve, Adobe Suite, iZotope, Yamdu, Showbiz Budgeting..) and so on are always improving and we keep up with the latest technologies to offer the best productions.

High quality video content is a great investment for your brand or business, will last years, and provides ongoing content for use in different campaigns or marketing pushes. Low quality video content at rock bottom pricing will only cost more over the long run and actually create a negative opinion of your brand by your customers. Content creators such as ourselves focus on high-quality production value and a client as partner take on how we operate. We hope that this post has illuminated what goes into the price of a video production and what a company like MEDIAPOP Films has built to successfully achieve the goals that YOU set out for your brand or business.